What is the global perspective of Semiconductor Markets?

early-to- Following the record sales that occurred within mid-2018, the semiconductor market experienced calm as the year wound up. It has maintained this position, even in the first quarter of the following year. This assertion is a prediction of what the rest of the year holds.

2018 was a memorable one for the international semiconductor market. It witnessed an increase in sales by 13.7% as a trillion units, and a total of $468.8 billion was recorded in sales and shipped to clients. This analysis was an assessment made by the Semiconductor Industry Association (SIA).

According to SIA, the sales figure represents the highest annual total ever recorded in the industry. Global sales hit $38.2 billion in December, with a slight 0.6% increase from 2017. Deals from the fourth-quarter recorded $114.7 billion, a 0.6% increase from the total recorded for 2017. However, this is 8.2% below what came in for the third quarter of 2018.

“A new milestone was achieved by the Global semiconductors market. With annual sales hitting a new mark and total shipped units increasing by one million, an increase in demands increases. Note that this is the first time such has occurred.”

A relapse in Market growth was also recorded in the second half of 2018. However, the outlook in the long-term looks strong. Semiconductors improve our lives and make the world smarter. With Budding technologies springing up every day, such as virtual reality, artificial intelligence, and the Internet, the future holds a promise of significant growth.

As quoted by SIA, the largest semiconductor category is Memory. This conclusion came following the sales of $158 billion recorded in 2018 as the fastest growing. There has been an increase in sales to a rating of about 27.4%.

An increase in 36.4% sales was also recorded for Dynamic Random-Access Memory (DRAM) products, while NAND flash products rose by 14.8%. Micro Integrated Circuits and Logic, the category with microprocessors in it, has $67.2 billion and $109.3 billion, respectively. These three made it to the top three groups in terms of high sales

Analysts believe that semiconductor companies will gain from the trending 5G revolution. Intel and Qualcomm stand to benefit more from this trend. Both companies have started developing the 5G smartphone modems, and are ready to launch in the market in 2019.

5G technology will expand the mobile coverage beyond phones, unlike its 3G and 4G counterparts, thus controlling mobile devices and connecting the world. Although 5G will give speedy delivery, it will experience very low latency and increased capacity.

Software-defined networks will aid the 5G infrastructure with a network fabric of all processes. These processes range from computing to data storage and distribution. For makers of memory chips like Micron (MU) and Samsung, this is an opportunity to grow their business.

Network infrastructure providers and suppliers of field-programmable gate arrays (FPGA) are not left out either. The 5G trend will increase demand on Radiofrequency front end (RFFE). Broadcom and Qualcomm (AVGO) are well-exposed in this aspect.

Manufacturers of semiconductors may experience challenges in the future. According to Garner statistics, the growth of the semiconductor market in the long-term will occur. A compound annual growth rate (CAGR) of 5.1% is predicted from 2017-2022, taking over the 2.6% CAGR of 2011-2016.

Investor Bank UBS sees a drop in revenue for the semiconductor market, with the decline in memory chips’ sales as a driving factor. Memory chips make up for 34% of the industry’s worldwide income.

It is projected that the Semiconductor Market will attain about $730.29 billion by the year 2026. This shows a CAGR of 5.2% within the period of forecast. As the consumption and use of electronic devices increase, there will be a surge of semiconductors.

The outlook of the SIA to the semiconductor industry for 2020 is bullish. One trillion semiconductors’ sales back this stand in 2018 for the first time in history. SIA believes this is a sign of better days. With the integration of semiconductors into the broad spectrum of end applications, this product’s demand keeps increasing.

New technologies and innovations like IoT, AI, and driverless motors provide other sources for semiconductor demand. With a healthy environment for requests, annual sales on semiconductor units will continue to improve.

Cybersecurity and Semiconductors: How are they related? 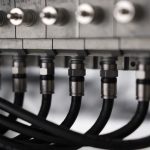 The Effect Semiconductors have on Clean Energy 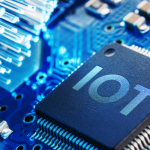 IoT Technology on the Forefront to Transform the Future 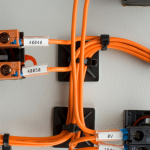 A Guide on How to Choose the Right Electrical Connectors